There are many ways in which people manage honey bees just as there are many types of bee hives. Most commercial beekeepers use hives that are designed to maximise honey production and for ease of transport over long distances to facilitate the pollination of commercial crops like canola and almonds. Therefore the way bees would go about their lives in the wild are curtailed as beekeepers control many aspects of how the bees live.
Natural beekeepers on the other hand seek to strike a balance between the needs of bees and those of people. Natural beekeeping seeks to replicate a hive environment as close as possible to that found in the wild whilst allowing the harvesting of surplus honey and compliance with relevant Australian law.
Top bar hives lend themselves to a more natural way of beekeeping. The Warre hive designed by a French priest Abbé Émile Warré to approximate the cavity of a vertical hollow tree trunk and horizontal top bars that simulate a cavity in a horizontal log. The most well known of these horizontal hives is the Kenyan top bar or KTB. Although, and particularly in the northern hemisphere. There are a plethora of hive types being used in natural beekeeping. One could argue that one can practise natural beekeeping in any style of hive providing it does not have metals or plastic within the hive and if the basic tenets of natural beekeeping are adhered to.These natural tenets include:  Allowing the bees to build their own comb from scratch
 Allowing the queen access to the entire hive
 Allowing swarming to occur in spring as it is the natural way colonies replicate. Commercial beekeepers who use natural beekeeping techniques may split a colony into two just prior to it swarming so they can establish two colonies without having to go and collect the swarm.
 Not feeding sugar syrup to the bees, a practice common in conventional beekeeping
 Not routinely replacing the queen with one that has been raised by people rather letting the bees replace their queens when necessary. Human kind queen rearing reduces the Darwinian natural selection processes which current research shows are proving so important in honeybees adaptation to varroa mite in the northern hemisphere.
 Inspecting ie opening the hive a minimal number of times per season. This is usually done to inspect for disease in spring and later to harvest honey.
Fossil bees have been found that are 30 million years old. It would seem that they have managed their affairs quite well over time and need little help from us in this regard.
Jon Darvill
Natural beekeeper 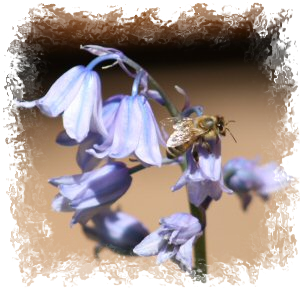 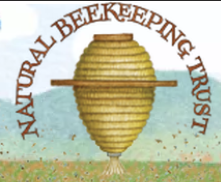 Bees in the wild, bees in trees, bees as our teachers
We encourage attention to the real nature of bees, their nesting preferences, their forage needs and their all-encompassing purpose.
We hope to inspire people to live in peace with the bees, be good hosts to them, guard them and grow for them, in all ways imaginable.

Natural Bee Husbandry’ focuses on a type of beekeeping which can be described in many ways: sustainable beekeeping, bee-centred beekeeping, apicentric beekeeping, sensitive beekeeping, bee-friendly beekeeping, etc. It will be of special interest to beekeepers who for have for many reasons moved away from keeping their colonies in conventional ways, or who prefer their bees to be kept in hives more suited to the bees’ needs rather than for the beekeeper’s ease of management.

LEARNING FROM THE BEES HONEYBEE - LANDSCAPE - HUMAN BEING

‘Learning from the Bees’ brought together natural beekeepers, scientists, nature conservationists, artists and bee-lovers from all over the world. Together we explored how best to listen to the messages these pollinators are giving us about ourselves and about our relationship with the land (or with nature).
View Site

Our mission is to promote sustainable and biodynamic beekeeping through education, experience-based research and a honeybee sanctuary and to help restore the health and vitality of the honeybee worldwide.

– Natural combs are used, rather than foundation.
– Swarming is recognized as the natural form of colony reproduction.
– Clipping of queen’s wings is prohibited.
– Regular and systematic queen replacement is prohibited.
– Pollen substitutes are prohibited.
– Beehives must be made of all natural materials, such as wood, straw, or clay.
– Artificial insemination is not used. Instead queens are allowed to fly free to mate.
– Grafting of larvae to produce queens is prohibited.
– No pesticides or antibiotics are allowed, although the use of natural organic acids such as formic and oxalic acid may be used for mite control.
– Honey may be transported in containers made of artificial materials but must be decanted into containers of glass or metal for retail sale.